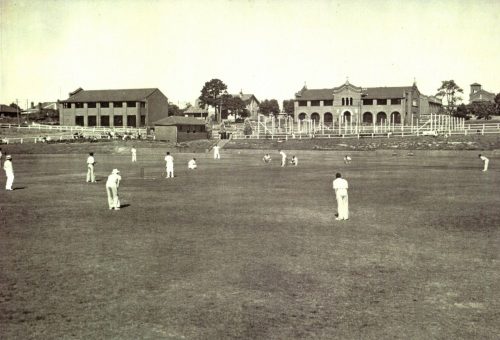 The Strathfield Municipality, including the land upon which St Patrick’s stands, was once inhabited by the Wangal clan of the Darug tribe. The Wangal clan’s territory was known as Wanne and it originally extended from the suburbs of Birchgrove and Balmain in the east, to Silverwater and Auburn in the west, the northern boundary was the Parramatta River. The southern boundary is unknown.

Prior to the arrival of the First Fleet in 1788, the Wangal people successfully lived in this area for thousands of years. Over this time, an enormous body of knowledge and special skills were developed to harness the resources that these lands provided. The Wangal clan saw themselves as the custodians of this area. Their spiritual beliefs honoured their association with the land, paying homage to the mythical beings who created the landscape.

Tragically, upon the European colonisation of Australia, the Wangal nation was dispersed and dispossessed of the land which had always been theirs. One way that we can show respect for the culture and heritage of the Wangal clan is by making an Acknowledgement of Country at all significant College events.