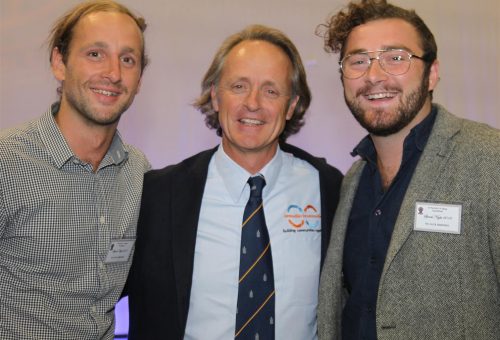 The College is delighted to announce that the 2016 Luceat recipient is Lance Brooks, an Old Boy from the class of 1979.

The Luceat award was inaugurated in 1985 to give particular recognition to members of the College community who have given special service to the College, the Church, the State or the wider community. It is the highest honour awarded by the College and is given at the end of each year at the College’s Annual Speech Night and Prize Giving ceremony. The College is delighted to announce that the 2016 Luceat recipient is Lance Brooks, an Old Boy from the class of 1979. Additionally the organisation has sent over 200 volunteers to work on various partnered projects in places such as Thailand, Philippines, South Vietnam and Indonesia. Here volunteers assist and work with the locals building houses, schools, and other much needed community facilities. These projects have proven to be enormously rewarding whilst fostering relationships and bringing communities together.

More locally, Communities for Communities has raised money for Lucas Gardens School in Five Dock which caters to students with extreme physical and/or mental needs. This money has helped fund a paediatric physiotherapy service, a playground and a hydrotherapy facility.

Lance has also been involved in other volunteer organisations such as the Sacred Heart Hospice in Darlinghurst and has served on the All Hallows Parish Council. He has taught Scripture for over 30 years and been a member of various committees including Bethlehem Communities Australia (BCA), Drummoyne Swimming Club, Wests Cricket Club and the St Patrick’s Old Boys Rugby Club.

Lance is a man of conviction, deep faith, compassion, energy and love. He inspires others by action rather than words and through his generosity, kindness and humanity he continues to make the world a better place. Lance Brooks is a most worthy recipient of the Luceat Award. Congratulations Lance!